The cart is empty

How did Ascension arise? 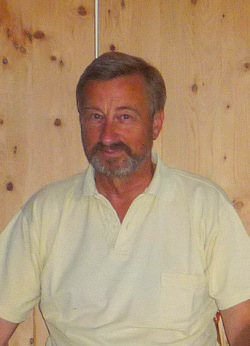 Johan Langbroek is the founder of Ascension. After a life as a businessman, he felt the urge to step out of normal business life and do more. He came into contact with all kinds of alternative treatment methods and energies, such as orgoon (Wilhelm Reich), radionics (Bruce Copen) and decided to become a regression and reincarnation-therapist, this was a three-year course with a lot of work on yourself, not an easy task when you are 50, but he persisted and then developed a practice where he mainly attracted very serious cases.

Johan was also interested in Kabbalah and Jewish mysticism and studied Hebrew for a year at the University of Amsterdam. He wanted to penetrate to the source and not depend on translations of all those beautiful writings, because he felt so much is lost otherwise. He came into contact with the creative energy of Ascension and gave his whole soul and being to spreading it. That had always been his goal in life, it had taken a long time before it became a reality.

He received information from the Guardians of the Flame (the Ascended Masters group who passed on the instruments) about the use of Ascension but learned a lot through its use and through training and workshops. He started in the Netherlands and quickly expanded abroad.

The people behind Ascension

The Ascension team will help you if you have any questions and are always there for you! The team consists of:

Marjan Langbroek is the owner of Ascension Europe.

If you want your message to go to a specific National Manager, please do not forget to  add their name in the “subject” field or you can contact them directly.

We use cookies on our website to give you the most relevant experience by remembering your preferences and repeat visits. By clicking “Accept All”, you consent to the use of ALL the cookies. However, you may visit "Cookie Settings" to provide a controlled consent.
Cookie SettingsAccept All
Manage consent

This website uses cookies to improve your experience while you navigate through the website. Out of these, the cookies that are categorized as necessary are stored on your browser as they are essential for the working of basic functionalities of the website. We also use third-party cookies that help us analyze and understand how you use this website. These cookies will be stored in your browser only with your consent. You also have the option to opt-out of these cookies. But opting out of some of these cookies may affect your browsing experience.
Necessary Always Enabled
Necessary cookies are absolutely essential for the website to function properly. These cookies ensure basic functionalities and security features of the website, anonymously.
Functional
Functional cookies help to perform certain functionalities like sharing the content of the website on social media platforms, collect feedbacks, and other third-party features.
Performance
Performance cookies are used to understand and analyze the key performance indexes of the website which helps in delivering a better user experience for the visitors.
Analytics
Analytical cookies are used to understand how visitors interact with the website. These cookies help provide information on metrics the number of visitors, bounce rate, traffic source, etc.
Advertisement
Advertisement cookies are used to provide visitors with relevant ads and marketing campaigns. These cookies track visitors across websites and collect information to provide customized ads.
Others
Other uncategorized cookies are those that are being analyzed and have not been classified into a category as yet.
SAVE & ACCEPT